The Reassurance of Spring 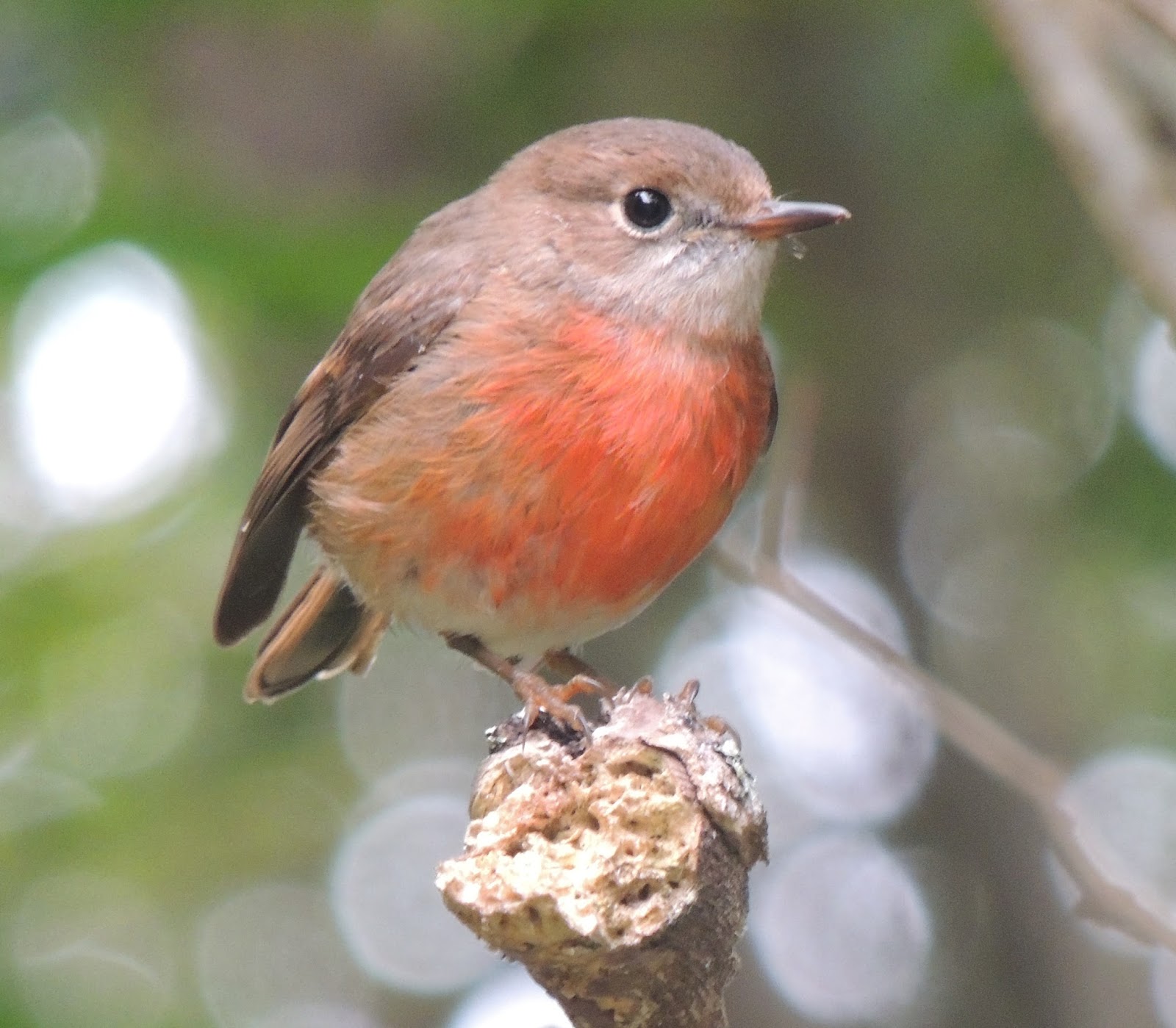 This little girl was waiting as I went along a track a couple of days ago. She's the female of the Pacific robin Petroica multicolor, found in the Norfolk Island forest, sometimes in places reasonably far removed (by Norfolk standards) from the national park, which is the stronghold of much of the island's unique flora and fauna. For many years the Norfolk Island robins were considered a subspecies of the Scarlet robin, but was separated out a few years ago.
It's always a pleasure to find the Norfolk Island birds in so many areas around the island, and the robin is something of a favourite with everybody. They are so tiny and vulnerable, and yet seem somewhat trusting when they pop down to see who's visiting. It won't be long before the male is strutting his stuff, with the southern hemisphere Spring starting to drop little hints at its imminence.
Already I have seen the first clutch of feral chook chicks; sparrows are flying by trailing long grassy pieces for their nests, and the White-capped (or Black) noddies have returned from the sea and are setting up house in their Norfolk Island pine breeding colonies. It's so reassuring in a troubled world to see that nature just keeps on doing what it has always done, despite the affairs of Man.
Posted by Norfolk Island Nature Watch at 12:14 AM 2 comments: