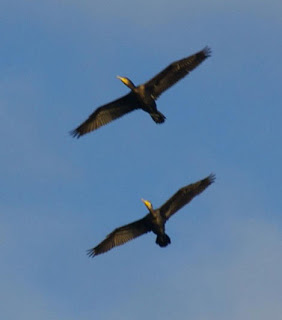 These big black cormorants with yellow faces were first captured in the lens of Adrian Oosterman's camera late in the afternoon of 17 October this year. 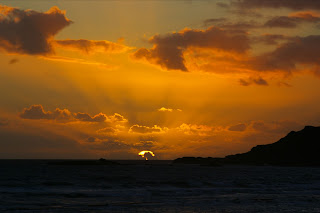 The sun was setting when we left the Kingston area where whale watchers Merv Whicker and Adrian had spotted these big birds circling over the wetlands near the southern coast of the island. 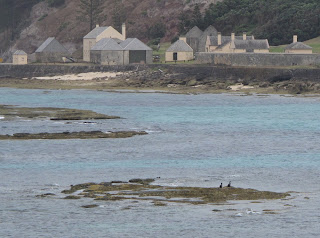 In December they were still resting here at Norfolk before resuming their journey to who-knows-where, and were taking advantage of the very low tide to sit on a briefly exposed rock platform in the middle of Slaughter Bay in the early morning. Buildings seen in the background are part of the World Heritage listed historic area, dating from 1788 to 1855.


The cormorants have been spotted by a number of people in the evenings, circling the large pine trees near the beach where they are probably roosting.
Posted by Norfolk Island Nature Watch at 11:59 PM