On a recent birding outing a small group of us encountered these Emerald Dove chicks sitting quietly observing us as we walked by. 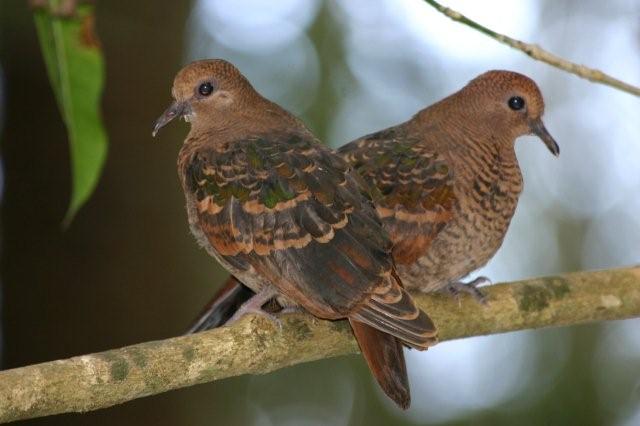 Emerald doves are widespread across the island, mostly seen alone, except during the breeding season when groups of up to 8 have been encountered. Occasionally unnaturally large numbers are found flocking where householders feed them. There is uncertainty about how these gentle birds came to Norfolk. No fossil material has been found to show that they were present before Man came to the island, and no definite records exist of their having been imported intentionally.  It has been suggested that they came to the island with Melanesian islanders who came to the Mission Training College that was established in Norfolk Island in the 1860s by the Church of England.


Thanks to Kerri Hamilton-Irvine for the beautiful image of the dove chicks.
Posted by Norfolk Island Nature Watch at 4:40 AM